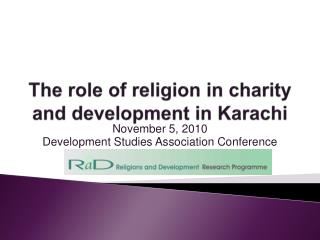 The role of religion in charity and development in Karachi

The role of religion in charity and development in Karachi

Shehr e Quaid - . “may all be blessed in this city” (prayer offered at the inauguration of kmc building, 1932). these

The Development of Religion - The vedic (hindu) religion in india, hebrew monotheism, and persian zoroastrianism. the

Malnutrition in the UK: the importance of nutritional screening - . adapted presentation originally prepared by:

One Block At a Time: The Role of Organizing in Sustainable Community Development - Samantha brockfield bup senior problem