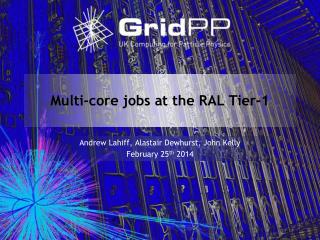 Multi-core jobs at the RAL Tier-1 Multi-core jobs at the RAL Tier-1

COMP25212 CPU Multi Threading - . learning outcomes: to be able to: describe the motivation for multithread support in

Oxytocin in Uniject with TTMs Overview and Status - . reproductive health technologies in crisis settings may 13 – 14,

Current Status of ewk MC Production - . all the 4.9.1 requests have been finished since january: pythia, for tracking

Maui and Aoraki - . the hook that he caught the great fish with which know now as the north island made from his