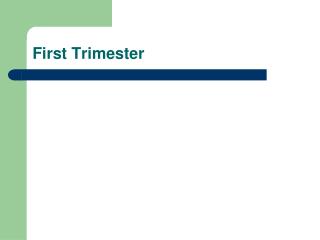 First Trimester. Second Trimester. Third Trimester. Reproductive Organs in Postpartum. What is the Postpartum stage?. Postpartum is the stage immediately after child birth up until 6 weeks after. Uterus. Gradually returns to approximately pre-pregnant size which takes about 4-6 weeks. PROJECT FOR THE FIRST TRIMESTER - . scrapbook for the human body group project. submission: one week before the first