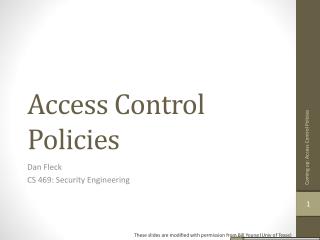 Population Control Policies - . by: jessica and jordan. what is demography. demography is the study of human populations

Access Control - . name space management. classes written so far all belong to a single name space: a unique name has to