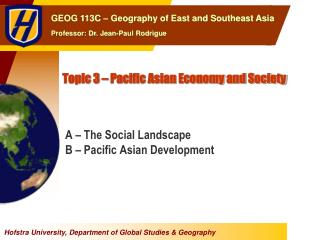 South Asian Family, Society, and Polity - . october 24, 2013. review. what is the difference between northern song and

Organizations in Economy and Society - . lecture 14: firms and the state saul estrin. why does the state own firms?.

Economy and Society - . april 9 – review for final exam. what will be on the exam. readings and documentaries immanuel

Topic 8 – Environment and Society - . a – environmental perception and concern b – the ecological footprint. a.

The Pacific Asian Theater - Pearl harbor. on december 7th, 1941, japan attacked the u.s. naval base at pearl harbor in