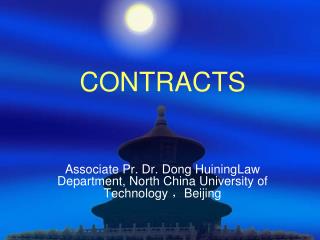 CHAPTER 4 Sales Contracts and Excuses for Nonperformance - . introduction to contracts for the international sale of

The Statute of Frauds - . the statute of frauds required that, to be enforceable, the following six types of contracts

INTRODUCTION TO CONTRACTS - . “contracts are agreements made up of big words and little type.” sam ewing, quoted in