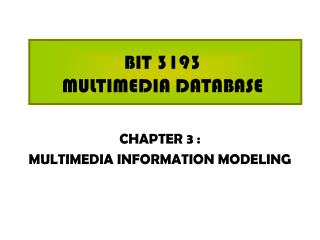 MULTIMEDIA DATABASE SYSTEMS - . what is mmdb. a multimedia database is a database that hosts one or more primary media

Bit by bit - Why are certain cultures more apt to destroy or care about the environment? think of english settlers v.