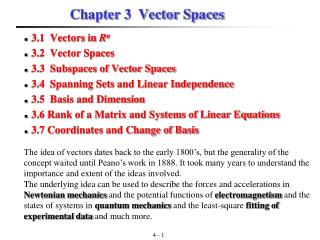 Chapter-3 Vectors - . vectors and scalars: physics deals with many physical quantities, which are divided into scalars

6.1 Vector Spaces and Subspaces - . definition. let v be a set on which two operations, called addition and scalar