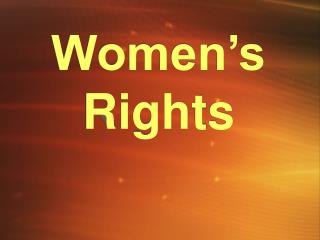 Women’s Rights. Women have been fighting for equal rights for centuries in the areas of education, politics, and in jobs. The women’s rights movement can be seen in 4 distinct movements in American history: Abolitionist Movement Temperance Movement Prohibition Movement