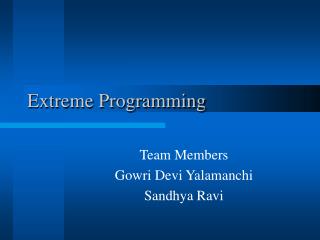 The Strengths and Weaknesses of Extreme Programming - . a mini-presentation by william matheson. an extreme programmer