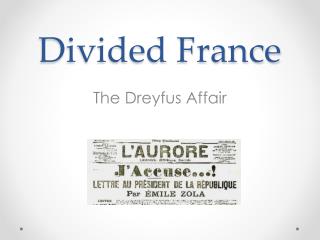 AMERICA DIVIDED - The vietnam war. america divided. what do i do? . use the slides and video clips provided in the slide

The Divided Monarchy - . what happened?. solomon abused his power as king imposed heavy taxes enslaved foreigners and his

A Divided Nation - . the debate over slavery. objective: explain how the outcome of the mexican war affected the debate

Divided Loyalties - Psalm 138:2 ampl – for you have exalted above all else your name and your word and you have

America Divided - . chapter 30.3. the draft. most soldiers who fought in vietnam were drafted (selective service system)

England Divided - . parliament and the monarchy fight for power 1485-1688. objective. swbat understand how the english

A World Divided - . origins of the cold war. key questions. 1. how did the war-time allies attempt to prevent future

A House Divided - . photography in the civil war. in your groups, please “read” the following photographs and write

“A House Divided” - . american studies i (honors) mr. calella. part i. “the bitter fruits of war”. the wilmot