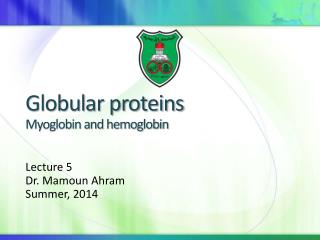 Chapter 5 Protein Function - . interaction of proteins with other molecules. ligand a molecule binding reversibly to a

Example of Tertiary and Quaternary Structure of Protein Myoglobin and Hemoglobin - . myoglobin. was the first protein the

CHAPTER 5 Function of Globular Proteins - . reversible binding of ligands structure of myoglobin and hemoglobin origin of 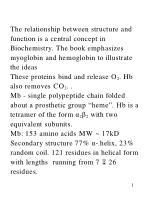 Myoglobin - 1. 2. myoglobin. heme. 3. 4. hemoglobin (hb) functions to transport oxygen in the blood of all warm-blooded