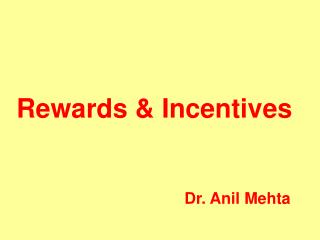 aefe.es - For the unity and the values of europe. www.aefe.es. summary of decorated personalities. the fundación aefe

6-2: Prices as Signals and Incentives - . how the price system works. more producers in a market increases supply which

Designing Incentives and Rewards - . class session 1. why do you like some jobs and tasks but hate others?. in this

The Rewards of Wellness - . gaston regional chamber october 3, 2008. wellness questions to start with…. how do you