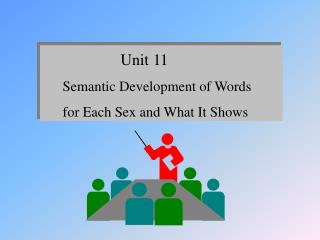 Unit 11 Semantic Development of Words for Each Sex and What It Shows. 1) A word once reserved for female persons in high places is generalised to refer to people of all levels in a society:.