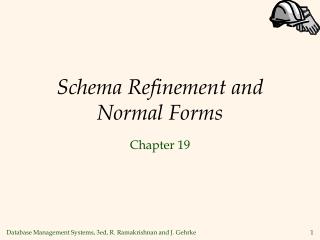 Schema Refinement and Normal Forms. Chapter 19. The Evils of Redundancy. Redundancy is at the root of several problems associated with relational schemas: redundant storage, insert/delete/update anomalies

Schema and Data Translation - . paolo atzeni università roma tre based on tutorial at icde 2006 paper in edbt 2006 (with

XML Schema - . the main source for these slides is “the xml companion” by bradley other resources: