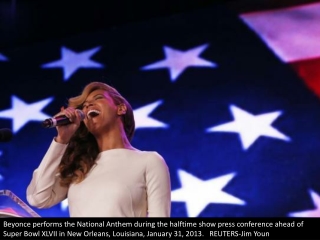 The rise of Beyonce - from Destiny's Child to new mom. Beyonce Wisdom - . the ever-wise and powerful beyonce knowles once said “ a diva is a f emale version of a hustler.”

Beyonce at halftime - Highlights from the super bowl halftime

Beyonce Engagement Ring - Beyoncu00e9u2019s engagement ring first made its stunning debut on september 6th, 2008 on the

Beyonce : If I were a boy - . 1. listen to the first part of the song and fill in the blanks with the following words.

BEING HUMAN|BEING CHURCH - . from human being to being human colossians 2.9-15. modern man is the missing link between

Beyonce is for Basic: Branding and Post Feminism - . i literally can't even. bey is for basic. “sins against god.”.

Being Time and Being Change - . dogen’s contribution to understanding the temporality of managing change. overview.

Being Time and Being Change - . dogen’s contribution to understanding the temporality of managing change. overview.

Being Unwell - . health belief model. another issue and debate. reductionist approach a problem in terms of its

Well being - . by bethan frost pess consultant &amp; advisory teacher for pe in cardiff. what is wellbeing/ what does