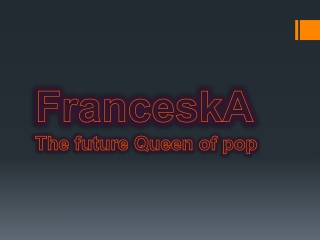 this presentation talks about me, my dreams, and how i soon want to be famous and get discovered.