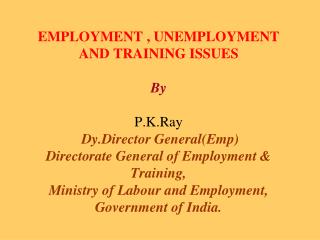 The Employment of Non-Immigrants on H-1B Visas - . presented by the u.s. department of labor wage and hour division.

RETURNING INJURED WORKERS TO SUITABLE EMPLOYMENT - . the primary goal of the office is to return injured workers to