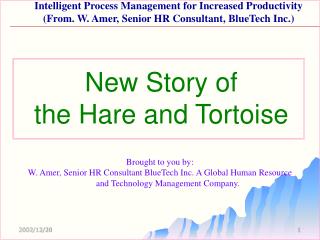 Slow and Stead wins the race