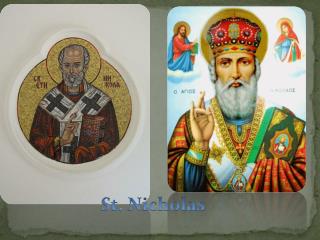 Outline - What ails the economy: turning new zealand’s small size from a weakness to a strength 16 th march 2011 new

The Russian Revolution - . war and discontent nicholas ii was an autocratic ruler russia not prepared for war influence

Mrs. Orrick’s 2 nd Grade - . a dictionary created by mrs. orrick’s class. they are to use the first letter of their

Nicholas School of the Environment - . “the goal: to develop critical and creative thinkers and doers who will shape