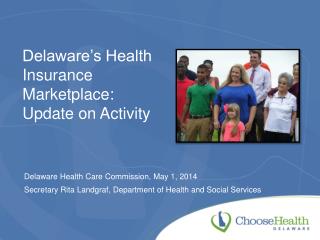 Sources of Health Care Financing - . health care in the u.s. is financed directly by the recipients of services, by

TOURISM ADVENTURE AND ACTIVITY FORUM Get out there! - . marketing update – where the best prospects are galway 5 th

The Future of Employer-Sponsored Health Insurance - . the commonwealth fund and the century foundation business and

Crop Insurance Update: How should we in Extension talk about crop insurance to farmers? - . paul d. mitchell agricultural

Update on Alcohol and Health - . alcohol and health: current evidence november–december 2004. studies on alcohol and

February 12, 2014 - Time to get insured: learn the who, what, why, and how to enroll in health insurance through the