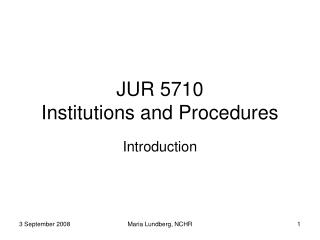 JUR 5710 Institutions and Procedures - . the right of self-determination un procedures. un charter (1). article 1 of the