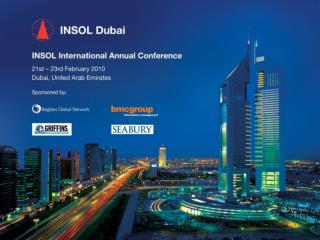 First-Time Attendees: How to Get the Most Out of the Conference Experience - . gary dobbins program chair, security 2008

Is a chair ‘ART?’ - . f abian b runsing park bench. would you pay to sit here? . artsy chairs. the student will

Florida GFOA Annual Conference - . gasb update the views expressed in this presentation are those of mr. bean. official

GOVERNANCE ACCOUNTABILITY- TAKING THE NEXT STEPS - . presented at 2009 oacrs conference by: jack hunt, board vice chair,