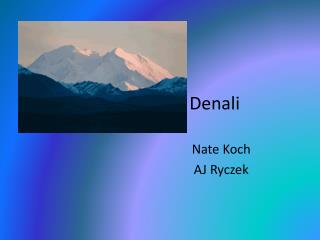 Denali National Park - . by, ethan b. alaska. denali has 6 million acres of land. the park has only 90 miles of land, and

North face denali - After lots of years and hundreds of my trail miles (both with and without boots), i feel very secure