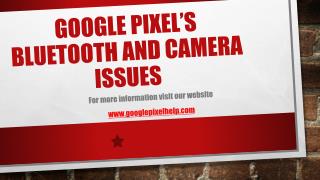 To realize your expectation of seeing the whole view clearly with one single camera!!! - Granvista plus 2m-pixel fish-eye

Granvista Plus 2M-pixel DOME Network Camera - . a reliable guard with extremely good eye sight and hearing which can

BLUETOOTH Overview - . i am king harold bluetooth who unified warring viking tribes in the 10 th century. in the 21 st

Bluetooth and Wi-Fi - . kane hartley. bluetooth. bluetooth is a wireless technology for exchanging data over short