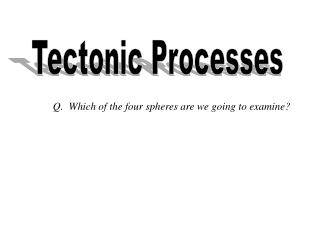 Tectonic Processes. Q. Which of the four spheres are we going to examine?. Layers of the Earth - see page 3 or workbook. Lithosphere. brittle outer layer of the Earth that includes the crust and uppermost mantle