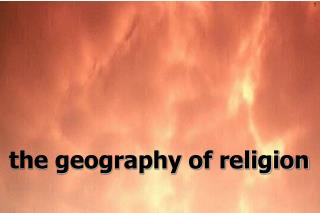 the geography of religion the geography of religion. steps to a definition.

the geography of religion

RELIGION - . chapter 7. key question. what is religion and what role does it play in culture?. government impact on

Freedom of Religion - . history of the amendment defining ‘religion’ the establishment clause the free exercise