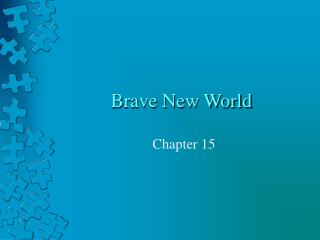 Brave New World. Chapter 15. Chapter 14 Recap. John (savage) visits Linda at the hospital for the Dying John gets angry at the children making fun of Linda for being fat and ugly, showing his frustration with the brave new world Linda dies, leaving John sobbing. Chapter 15.