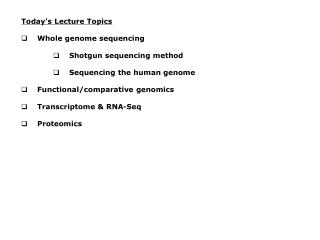 Sequencing a genome - . (a) outline the steps involved in sequencing the genome of an organism; (b) outline how gene