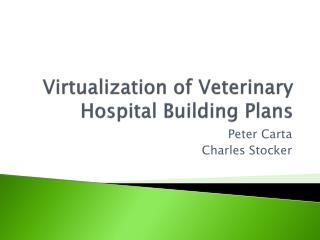 Inside/Outside: Building a Meaningful Life in the Community After the Hospital - . a film by patricia e. deegan phd and

Veterinary Radiology - . by: amanda bulla. you will learn…. the basic concepts of veterinary radiology how the