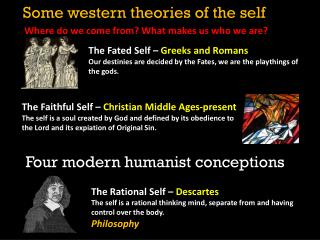 The Rational Self – Descartes

Some western theories of the self. Where do we come from? What makes us who we are?. The Fated Self – Greeks and Romans Our destinies are decided by the Fates, we are the playthings of the gods. The Faithful Self – Christian Middle Ages-present

The Rational Self – Descartes

Standard 1 – Number and Numerical Operations - . the following are two rational numbers greater than 1 and less than 2:

Compare And Order Rational Numbers - . ??. participant objective. the purpose of the lesson is to determine participants

GanttChart for IBM Rational ClearQuest ver 1.3.1 - The module is made in the form of plug-in for ibm rational clearquest