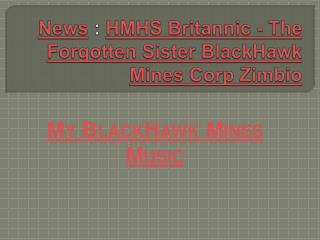 The Olympic and Titanic have been built. The HMHS (His Majesty's Hospital Ship) Britannic was the third " wonder ship" to be built. Originally, the ship was to be named " Gigantic ", but due to the loss of the Titanic, her name was changed to Britannic. The White Star Line knew if they were to keep ahead in the race across the Atlantic the new liner would have to be more magnificent than her older sisters. /nDue to the sinking of the Titanic, large scale alterations would have to be made to her design. She could not sink in under 3 hours. She must carry enough lifeboats to accommodate every passenger and crew member. The Forgotten Ones - . according to unicef there are currently 143 million orphans worldwide. if orphans were a country

News Reporting and Writing - . lecture outline. what is news treatment? hard and soft news the need for flexibility civic

What is News? - . that which papers print? hard news: important, of consequence to and affects reader soft news:

Torah was forgotten Rashi: Only a few Halakhot were forgotten in the time of Hillel― - The benei beteira forgot

RMS Titanic - . the story behind the ship. construction. the rms titanic was owned and operated by the white star line,

Reporting - . what is news?. what are the elements of a news story? information that has impact news is the unexpected

Why does Amy get upset when she finds her sister at the puppet show? - . how is amy’s relationship with her younger

Sister Prayer - . father, i ask you to bless my sister reading this right now! lord, show her a new revelation of your

“Nobody is forgotten and nothing is forgotten” - . memorializing the great patriotic war at mamayev hill (battle of