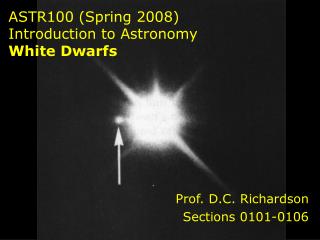 Introduction to Astronomy - . beginnings. learning the sky observing tools what you will see advanced observing. learn

White Dwarfs - . as you have just learned, medium-mass stars die by ejecting gas into space and contracting into white