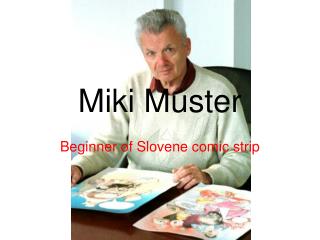 Miki Muster. Beginner of Slovene comic strip. Miki Muster. Miki Muster was born in Murska Sobota on November 22, 1925 . His father was employed as first physician in mining hospital. childhood. He went through early childhood in Krmelj, where he finished first class of primary school. MUSTER ROLL VERIFICATION - . what to do?. get the asset register of the gram panchayat against which mrv is to be