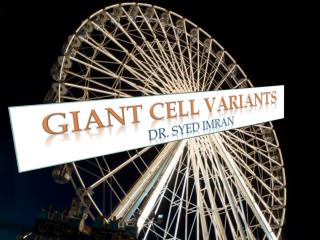 Giant Pandas - . by: chelsea a. and cecilie b. endangered species project. where to find giant pandas?/habitat. pandas

Hello! I’m Imran . This is my - . my daily schedule. in the morning. chai (milk tea). parata(fried bread). egg khajina

Cell Structure - . enormous variety in the size and shape of different cells smallest cells belong to group of organisms

The Giant and the Dragons - . ( fractured fairy tale of jack and the beanstalk ) . by levi ho. once upon a time, there

Cell Size Limitations - . why are cells so small?. most cells are between 2 µm and 200µm a micrometer is 1 millionth of