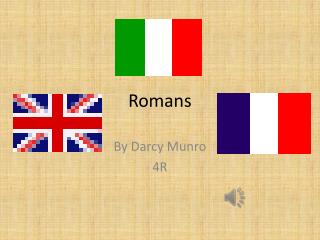 Homework Bell Ringer - . what did the romans collect in order to bleach their clothing as shown by remains of a laundry

Chapter 18 Our Galaxy - . what does our galaxy look like?. our problem. we are inside one of the spiral arms. the milky

Presented by - When we get together, i want to encourage you in your faith, but i also want to be encouraged by yours.

Wanted—A “Just Right” Government - . the ancient romans :. developed the “ rule of law ” common to all citizens