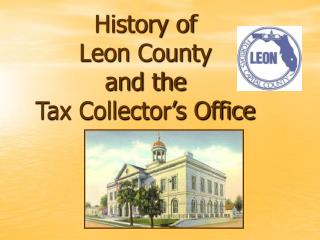 History of Leon County and the Tax Collector’s Office History of Leon County and the Tax Collector’s Office

ONBOARDING - . starting you on your path to success. overview. deo history we all work together office of communications

Leon Trotsky - . annette miramontes period 1. a young revolutionary. leon trotsky was born to a jewish family with the