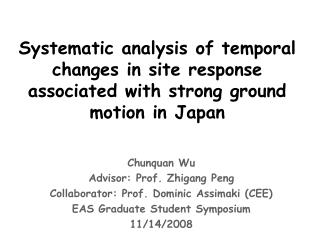 Course Note Credit: Some of slides are extracted from the course notes of prof. Mathieu Desburn (USC) and prof. Han-Wei

Developments in Evolutionary Algorithms and Multi Disciplinary Optimisation - . a university of sydney perspective. the