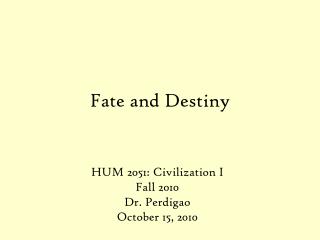 2013 Horoscope to Find Your Fate and Destiny - Astrologers can analyze and predict the future very precisely. going

Who knew that fate and destiny was joined together with gemstones? - There are nine planetary gemstones that harness the

Fate and Love - . a compare and contrast analysis of “on seeing the 100% perfect girl one beautiful april morning”

Fate - . by sienna smith &amp; nicole kambouris . definition: fate is the development of events outside a person’s

Fate - . introduction. fatalism. fatalism : whatever happens is unavoidable. determinism : everything that happens is

Fate - . the story of osmo. fatalism. fatalism : whatever happens is unavoidable. determinism : everything that happens

Fate - . objections. the logical argument. it’s either true that you will eat dinner tonight or it’s true that you

fate - . “our hour is marked and no one can claim a moment of life beyond what fate has predestined.” napoleon, 19 th

FATE - . christian martinez. background information about fate. fate is the theory that everything happens just the way

Oedipus, Fate, and Tragedy - . the