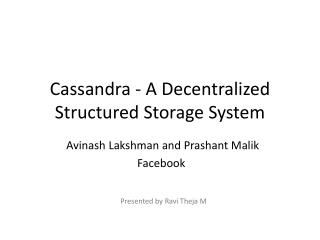 Structured Query Language - . history of sql. sql stand for structured query language sql is based on the relational

Structured Vs. Object Oriented Analysis and Design SAD Vs. OOAD - . software process model. modeling. a model is an

PlanPlus (http://planningonline.gov.in) - . a tool for decentralized and integrated district planning. planning – as

Secondary Storage - . what is a cylinder? a track? what is secondary storage? what is flash memory? see unit b in your