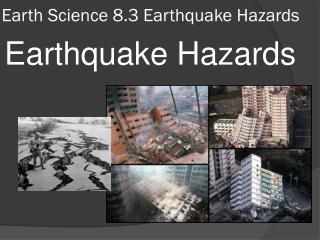 Earthquake Hazards - . key ideas: the amount of damage an earthquake causes depends on its magnitude, and where it

EARTH SCIENCE - . air pressure and wind. air masses. an air mass is a large body of air named for humidity and

Reporting Category 3: Earth Science - . earth’s interior. what is geology?. geology- is the study of the earth.