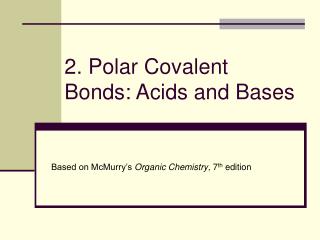 Acid-Base Equilibrium - . what you’ll see. tie together concepts of acids and bases and equilibrium weak acids and

Chemistry Ch. 8, Covalent Bonding - . covalent compounds: are joined together by sharing electrons with each other.