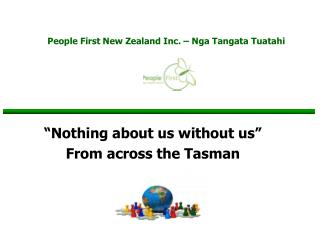 People First New Zealand Inc. – Nga Tangata Tuatahi. “ N othing about us without us” From across the Tasman. Kiaora Hello from New Z ealand . Kia O ra Hello From Aotearoa N ew Z ealand -the land of the long white cloud. My Hometown - Nelson. What we are going to talk about. MultiChat 15 - . vocabulary file for the chatpc silk and alt-chat . main (home) page. questions page (this page is set to

Proposed US Graduate Study Program in New Zealand Introduction - . the focus of new zealand education development is to

A broad collaborative New Zealand initiative to meet our education aspirations &amp; obligations - . schools are in

Find your People!!! - . please mingle with others and find three or four people who’s institutions and roles are most

Organ transplantation in New Zealand: a panacea ? - . •panacea: noun a solution or remedy for all difficulties or