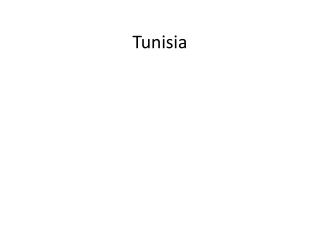 Tunisia's idle generation - Men and women in tunisia struggle to find work, five years after the arab spring ignited in

Tunisia Beachside Attack - A gunman killed 39 people, mainly british tourists, in an attack on a resort beach in

Museum massacre in Tunisia - Nineteen people, including 17 foreign tourists, are killed when militants attack a museum in

The Tunisian Revolution - . bilel gdoura period 2. located in the northern tip of africa. notice how tunisia is NEWSLETTER TUNISIA DECEMBER 2007 Tunisia is all about its Festivals! - The other side of the mediterranean. newsletter

Tourism As A Development Strategy In… Tunisia - . development. tunisia has an established tourist industry benefitting

THE INTRODUCTION OF THE FIRST NPP IN TUNISIA PROJECT STATUS - . technical meeting/workshop on evaluation methodology for