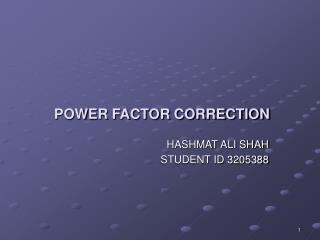 ENERGY EFFICIENCY & POWER FACTOR CORRECTION - With energy prices at the highest levels on record, and projections for