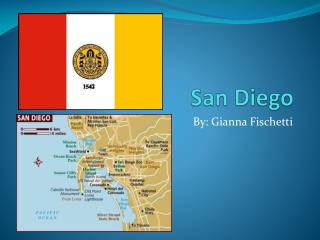 San Diego. By: Gianna Fischetti. Landforms. The city of San Diego lies on deep canyons and hills separating its mesas, creating small pockets of natural parkland scattered throughout the city and giving it a hilly geography. with Dr. Diego - . hiv. with dr. diego. hiv symptoms. the majority of people infected by hiv develop a flu-like illness

All About San Diego - . by: camaryn kelley mae preston. i live in san diego. i live on mt. almagosa pl. my school is

All About San Diego - . by: nicholas pizzo. i live in san diego. i live on mt . lindsey ave. my school is horizon