Three elements I shall bring together in this paper: - PowerPoint PPT Presentation 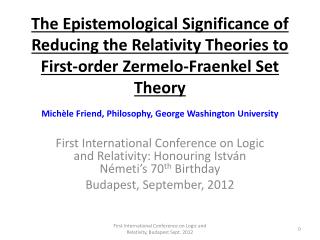 Three elements I shall bring together in this paper:

1 / 13
Three elements I shall bring together in this paper:
128 Views
Download Presentation Three elements I shall bring together in this paper:

We’re In This Together! - . creating partnerships and sponsorships that work. a single arrow is easily broken, but not

Whom Shall I Fear - . i will seek you lord while i am in my youth i will serve you lord and i’ll proclaim your truth

I Elements - . 1 sound: pitch, dynamics and tone color. pitch: highness or lowness of sound. music is the organization of

Shall I Recover? - . how christians should look at: accidents illnesses our body death. shall i recover?. we all have

Response Paper Three Workshop - . summary: do we get a clear statement of the essay’s main argument? is the summary

‘This too Shall Pass’ - . why did we decide to change the reason behind ren’s death?. issue of copycat behaviour

LESSON THREE: IF I HATE THIS MOVIE… - . conditional statements. mathematical statements in the if-then form are called

SHALL I COMPARE THEE - . « shall i compare thee to a summer's day? thou art more lovely and more temperate. rough winds

In This Together: - . the possibilities model for inspiring creative collaborative change jaydn mccune, lcsw. what is the

Whom Shall I Fear - . you hear me when i call you are my morning song though darkness fills the night it can not hide the

All in this Together? - Professor dave adamson, obe ceo, centre for regeneration excellence wales. all in this together?.