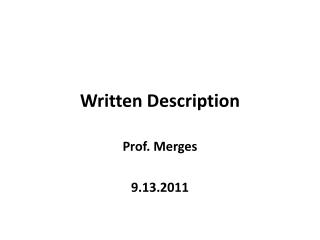 The Written Description Requirement: How Many Invalid Patents Do You Own - Why talk about it?. in reviewing patent