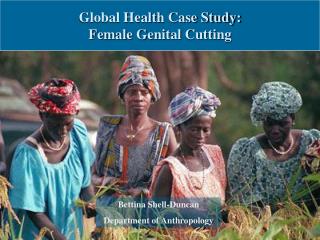 HIV and AIDS - . how can you protect yourself from hiv infection?. making responsible decisions about personal behaviors

Developing Services for Female Drug Users - . a training by gtz with special inputs from the eurasian harm reduction

Alternatives to Female Genital Mutilation in Western Africa - . fgm is best understood not as an isolated phenomenon but An Update on Immunisation and Infectious diseases in Australia: 2013 - . prof robert booy national centre for