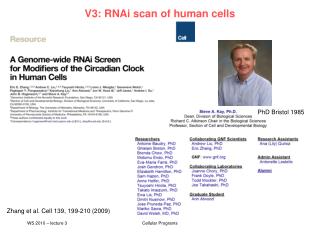 Chapter 5: Gene Expression - Transcription - When a protein is needed by a cell, the genetic code for that protein must

CELLS AND TISSUES - . part i: an overview of the cellular basis of life. cells are the ultimate example of organization

3 The Cellular Level of Organization - . an introduction to cells. cell theory developed from robert hooke’s research